You are here: Home › About › The Team 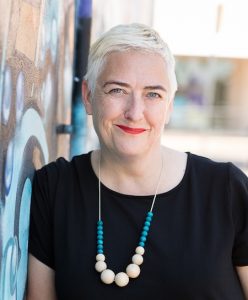 Deb is Professor at the University of Alberta and holds the Canada150 Research Chair in Gender and Cultural Informatics (Digital Humanities/Women’s and Gender Studies). Before this, she was Associate Dean of Engagement and Innovation at the University of Technology Sydney and Professor of Media and Communication at Deakin University. She was the Project Director of Humanities Networked Infrastructure (HuNI), a national Virtual Laboratory project funded by NeCTAR (National eResearch Collaboration Tools and Resources). She served as inaugural Deputy Chair of the National Film and Sound Archive of Australia (2008-2011) and as CEO of the Australian Film Institute (2000-2002). In 2013 Professor Verhoeven initiated Research My World, a collaboration between Deakin University and the crowdfunding platform pozible.com to pilot the micro-financing of university research. She is currently serving on the board of the peak Canadian research infrastructure organisation, CANARIE.

Deb is a leading proponent of the Digital Humanities. Her recent research has addressed the vast amounts of newly available ‘cultural data’ that has enabled unprecedented computational analysis in the humanities. In addition to scholarly publications and media appearances, she has focused on the development of online research resources such as the Cinema and Audiences Research Project (CAARP) database and The Ultimate Gig Guide (TUGG) an online archive of live music information. In 2010 this work was recognized by the Australian Teachers of Media for her work on bonza: an online film and TV research resource (Best Tertiary Education Resource Award). 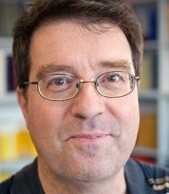 Colin was an Associate Professor in the School of Mathematical and Geospatial Sciences at RMIT University.  He holds a Doctor of Philosophy from RMIT as well as two masters’ degrees and a bachelor’s degree from the University of Melbourne, and a Graduate Diploma of Education from Hawthorn Institute of Education.  Colin has authored more than 40 refereed publications and 6 book chapters in the fields of GIS, tourism analysis and film studies.  Colin’s research interests include the application of geospatial information systems, including geographic information systems (GIS), geospatial science education, investigating the impact of tourism on nature-based tourist destinations, tourist behaviour, as well as investigating the issue of managing micro-historical data within GIS utilising cinema data. Colin is postgraduate coursework program leader and is an editor for the Journal of Spatial Science. 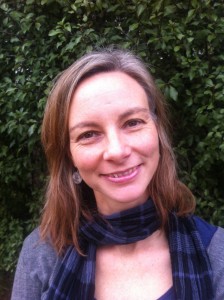 Bronwyn is an early career researcher specialising in cultural economics. She is a Senior Lecturer and received her PhD in Economics in the School of Economics, Finance and Marketing at RMIT University. Bronwyn’s research explores different aspects of art and culture with a focus on economic implications using quantitative techniques. Key areas covered in Bronwyn’s research include the creative industries, Indigenous cultural production, cultural consumption and film economics. 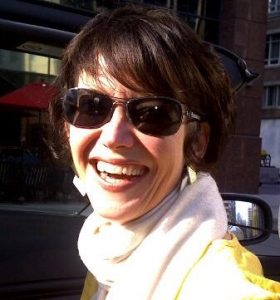 Amanda is a Lecturer in Arts and Cultural Management / Employment Relations in the Faculty of Business and Law at Deakin University. She holds a PhD in Philosophy from the Department of Political Science, McMaster University. Amanda’s research examines the political economy of labour markets and workforce development in the cultural economy with a focus on public policy, collective representation and gender. Amanda works closely with industry groups on a range of policy-related issues, most recently with the Canadian Unions for Equality on Screen (CUES). She is a Co-Researcher with the SSHRC funded Interuniversity Research Centre on Globalisation and Work in Montreal, Canada. Her academic career is informed by her professional history in the arts and cultural sector. 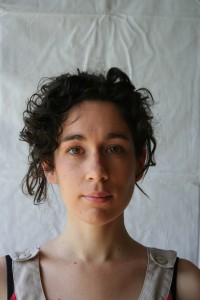 Alwyn is an early career researcher specialising in the digital humanities and geovisualisation. She holds a PhD in geo-spatial science. Alwyn’s research interests include the visualisation of humanities data, the application of GIS and spatial techniques, the analysis of cultural datasets, and working within an interdisciplinary environment. 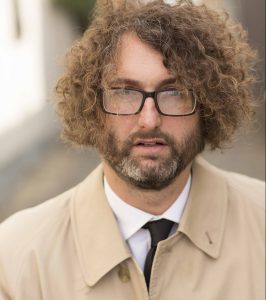 Ben is an early career researcher and Lecturer in the School of Media, Film and Journalism at Monash University and received his PhD at Western Sydney University’s Institute of Culture and Society in the field of cultural policy. His research interests focus on Australian cultural policy, the cultural industries, media studies and innovation policy and theory. He also writes frequently in the popular media as a journalist and essayist. His monograph When the Goal Posts Move: Patronage, power and resistance in Australian cultural policy 2013-2016 was published in 2016 by Currency House. 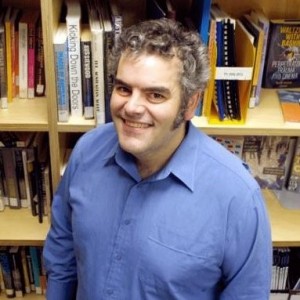 Alex works as a Librarian at the AFI Research Collection at RMIT University, one of Australia’ leading film and television research libraries. He co-founded The Ultimate Gig Guide (TUGG), an online archive of live music information. Alex sings in pubs and clubs around Melbourne town in the bands Dynamo and Toga Rock. 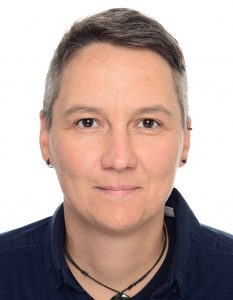 Skadi is Professor for Production Cultures in Audiovisual Media Industries at the Film University Babelsberg Konrad Wolf in Potsdam, Germany, and leads the research project “Film Circulation on the International Film Festival Network and the Impact on Global Film Culture” (2017–2020) funded by the German Ministry of Education and Research (BMBF). Her main research areas are global film circulation, film festivals, gender equality and diversity in screen industries, and queer cinema. Skadi is a co-founder of the Film Festival Research Network (FFRN), a Steering Committee member of the European Network for Cinema and Media Studies (NECS), Head of Research for the European Women’s Audiovisual network (EWA) and a board member of QueerScope e.V., the association of Independent German Queer Film Festivals. 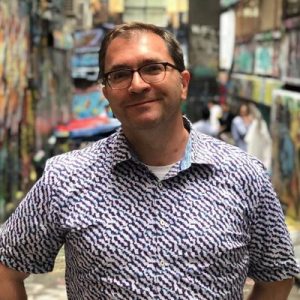 Paul is Associate Professor at Ryerson University in Toronto. Paul’s research constitutes mass market and urban modernity while much of his focus over the years deals with early cinema-going in Ontario (specifically Toronto), Canada and parts of the United States’ mid-west. From 2012 to 2017, Moore served as Ryerson Director of the Joint with York Graduate Program in Communication and Culture. Through several lenses, which include showmanship, regulation and promotion, Paul has uncovered a history seldom written about in early cinema-going. His recent research, Circuits of Cinema, tells the history of film and media distribution from the earliest days of traveling shows to global blockbusters. 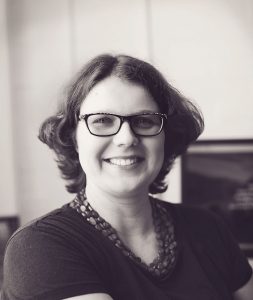 Katarzyna is Associate Professor in Network Science in the School of Software at the University of Technology Sydney. She is also a member of Advanced Analytics Institute. She was awarded her PhD in November 2009 from Wroclaw University of Science and Technology, Poland and in the same year, she was appointed a Senior Visiting Research Fellow at Bournemouth University (BU), UK, where from 2010 she was a Lecturer in Informatics. She joined King’s College London, UK, in November 2011 as a Lecturer in Computer Science. In September 2015 she returned to Bournemouth University as a Principal Academic in Computing where she was also a member of Data Science Institute and Head of SMART Technology Research Group. Her main areas of research are complex networked systems, and analysis of their dynamics and evolution, as well as predictive, adaptive modelling of networked systems. She is also fascinated by the controllability and control mechanisms in complex networks. 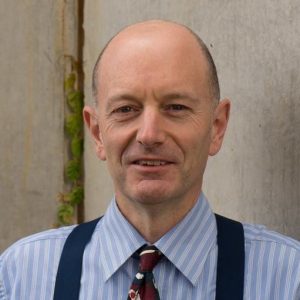 Stuart is Senior Lecturer in Higher Education Curriculum and Assessment (STEM) at the Centre for  the Study of Higher Education. Before this he was Associate Professor of Integrated Learning in the Faculty of Science, Engineering and Built Environment at Deakin University. He completed his undergraduate degree with distinction in electronics engineering. During nearly a decade of professional practice in consulting engineering, he completed an MBA in technology management. In 1995 he joined the School of Engineering at Deakin University and lectured in the management of technology for 12 years. During that time he was awarded the Australasian Association for Engineering Education McGraw-Hill New Engineering Educator Award, completed his doctoral studies in engineering management education, and completed a Graduate Certificate in Higher Education. In 2011 he was awarded an ALTC Citation for Outstanding Contribution to Student Learning. His research interests include frequency domain image analysis and the effective use of digital/online technologies in learning and teaching. More recently he has taken a role in the Faculty of Science, Engineering and Built Environment at Deakin University. 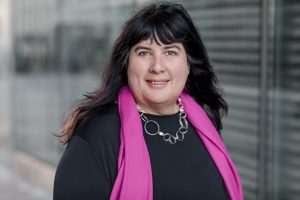 Elizabeth is Professor for Communication Science and Media Studies and Director of the Institute for Media Research at the University of Rostock. Currently, she is researching the gendered media production cultures. Several studies document the underrepresentation of women in the audiovisual media, behind and on the screens. Elizabeth has conducted the fieldwork for the FFA study Cinema and Gender, 2017, and also for Television Film and Gender, 2017 for the public broadcasters, as well as the Diversity Report 2016 for the German director’s guild. The study Audiovisual Diversity in 2017 analyzed a representative sample of German TV and Cinema and the representation of gender. Elizabeth was part of the European Audiovisual Women (EWA) study: Where are the female directors in 2016.

As a researcher, Elizabeth is strongly interested in the ‘moving picture’ on all possible media platforms (cinema, tv, internet, mobile media and new forms in the future) and the (changing) audiences and the modes of reception in changing media environments. This explains the three media environments she has written publications about: cinema, television, and internet. Elizabeth’s theoretical interest in the media use of different generations ties all these fields together.

With her research company Prommer Media Consulting (until 2011), Elizabeth has consulted film producers and film distributors about marketing strategies and conducted test screenings. Her clients included the Oscar winner “Nirgendwo in Afrika”, the Box office hit “Schuh des Manitu” and several other film genres. Elizabeth has worked as a trainer in the EU executives training program of CICAE, the federation of art cinemas. 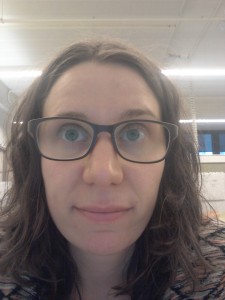 Sarah is a PhD graduate from the School of Maths and Geospatial Sciences at RMIT University. Since 2017 she has worked as a Data Scientist within the Education Portfolio of RMIT University. Her PhD research focused on live music in Sydney and Melbourne since the early 1980s, using a combination of historical GIS and interviews with musicians. She has over ten years of experience working with Geographic Information Systems, and from a GIS base, she has branched into the related skills of database manipulation and software development. She also holds a Cultural Studies degree and a postgraduate certificate in Software Design. She has performed with music group the Taylor Project since 2006. This interest in music informed her PhD research. 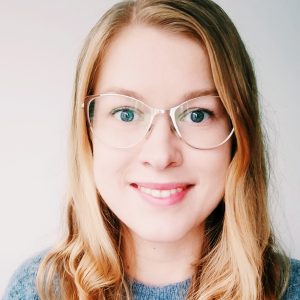 Vejune is a recent PhD graduate from the School of Communication and Creative Arts at Deakin University. Her PhD explored the Kinomatics showtime database by investigating the temporal and spatial nature of global contemporary cinema distribution. Vejune uses computational data analysis and visualisation techniques to study creative industries. Her research interests include cultural economics, digital humanities, and creative industries. Vejune is particularly interested in gender balance within the global cinema industry.