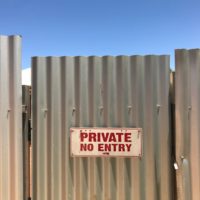 At the end of August, Screen Australia released a self-congratulatory media announcement claiming they had exceeded their (admittedly low) target of 25% participation for women in Australian screen production over the preceding three years (based on an industry initiative they called Gender Matters).

We’ve been trying to crunch the data about gender in  Australian feature film for some time and our analysis suggests it isn’t yet time for a celebration (and won’t be for a while if current trends are any indication).

On the heels of Screen Australia’s Gender Matters press release came another one announcing their decisions for the September funding rounds. To widespread dismay the statistics for women’s participation were disastrous. Most scandalously, not one of the five feature films funded had a woman as writer or director.

In direct response more than 200 academics and industry advocates signed an Open Letter to the Board of Screen Australia which was published in the industry journal ScreenHub last week. The Letter makes two principle demands:

At Kinomatics we are committed to open data whenever appropriate. Open and thoughtful approaches to data management are not always well understood and it is easy for government departments and agencies to claim data privacy prevents them from sharing their own processes with the public and the film industry itself. A new blog post from Marian Evans explores why it is important for Screen Australia (and the NZ Film Commission) to work with researchers and share their data more widely.