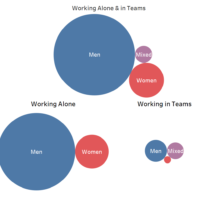 How bad is gender inequality in the global filmindustry? It is much worse than you think.

The Kinomatics team have been examining our Showtime Dataset to identify how films directed by women are distributed across the globe.

We found that around 15% of new release feature films are directed by women (alone or in teams of women only). But as a percentage of all theatrical screenings, films directed by women come in at less than 3% across the globe. This disparity, between the percentage of films directed by women and the percentage of screenings those films receive is true across all the countries we analysed to varying degrees (see the tables below for a detailed breakdown). This confirms what we have been told anecdotally by industry members. That opportunities for women to secure like-for-like projects and to therefore gain equitable exposure for their work is seriously constrained.

The data also shows us how influential director gender is in this regard. When men share opportunities with women the data surge from the appalling low base of 3% for women-only films to just over 8% for films directed by women and mixed teams of women and men.

Graph 1: % of all screenings by country for films directed by women working alone or in women-only teams

Graph 2: % of all screenings by country for films directed by women working alone, in women-only teams, or in mixed-gender teams

Graph 3: % increase in women’s involvement in terms of % of all screenings by country when men share opportunities with women

There are other gleanings in the data:

Graph 4: The proportion of films directed by women, men, and mixed teams overall and by individual and team projects 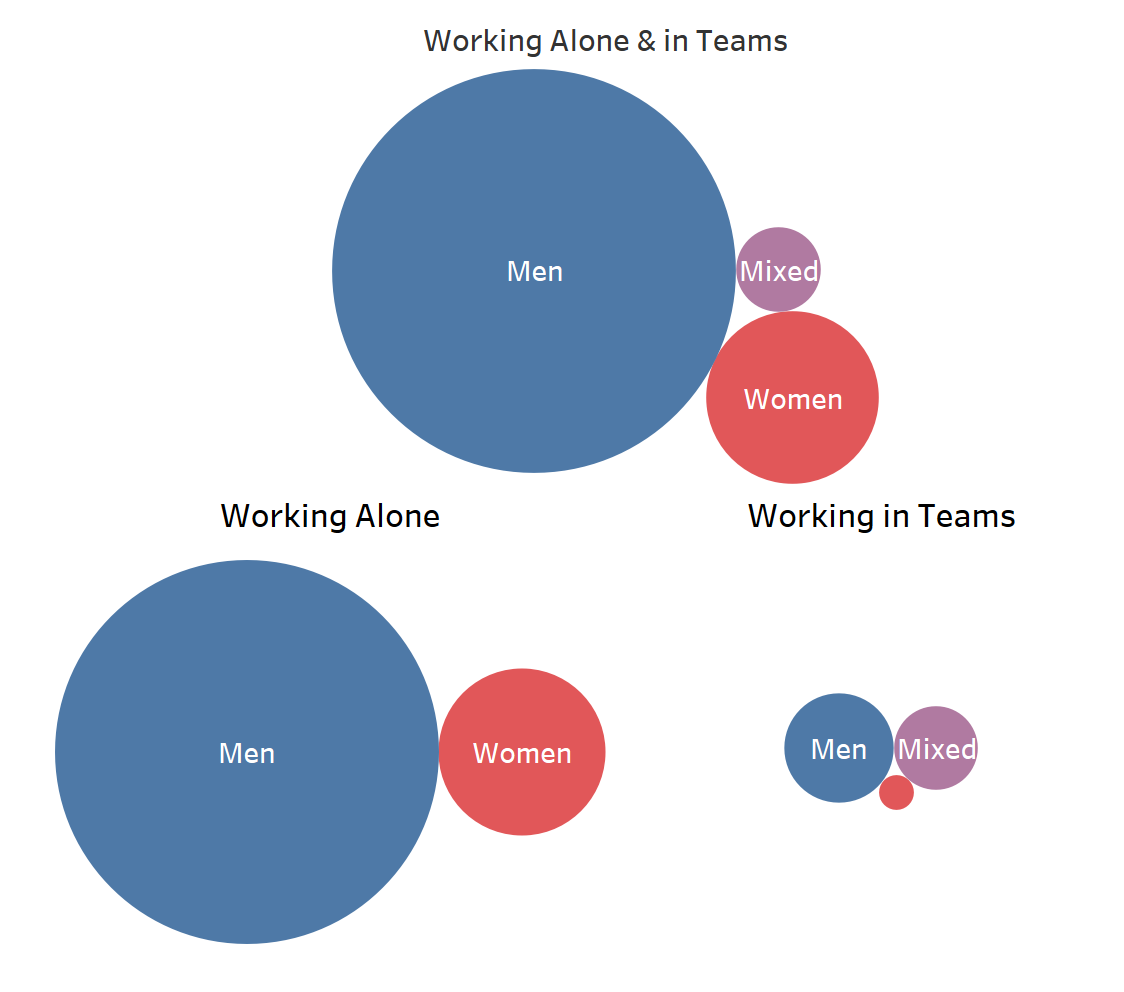 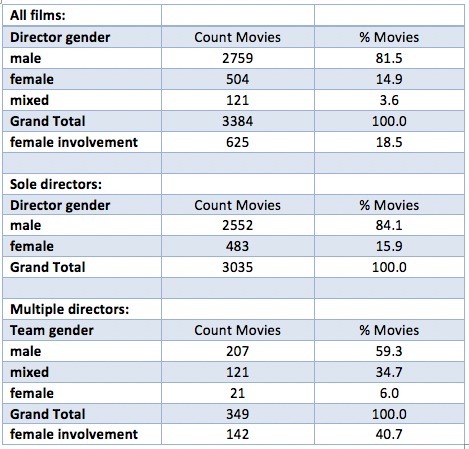 The table below shows the share of screenings by country associated with the films included within the sample according to the gender composition of the directorial team. 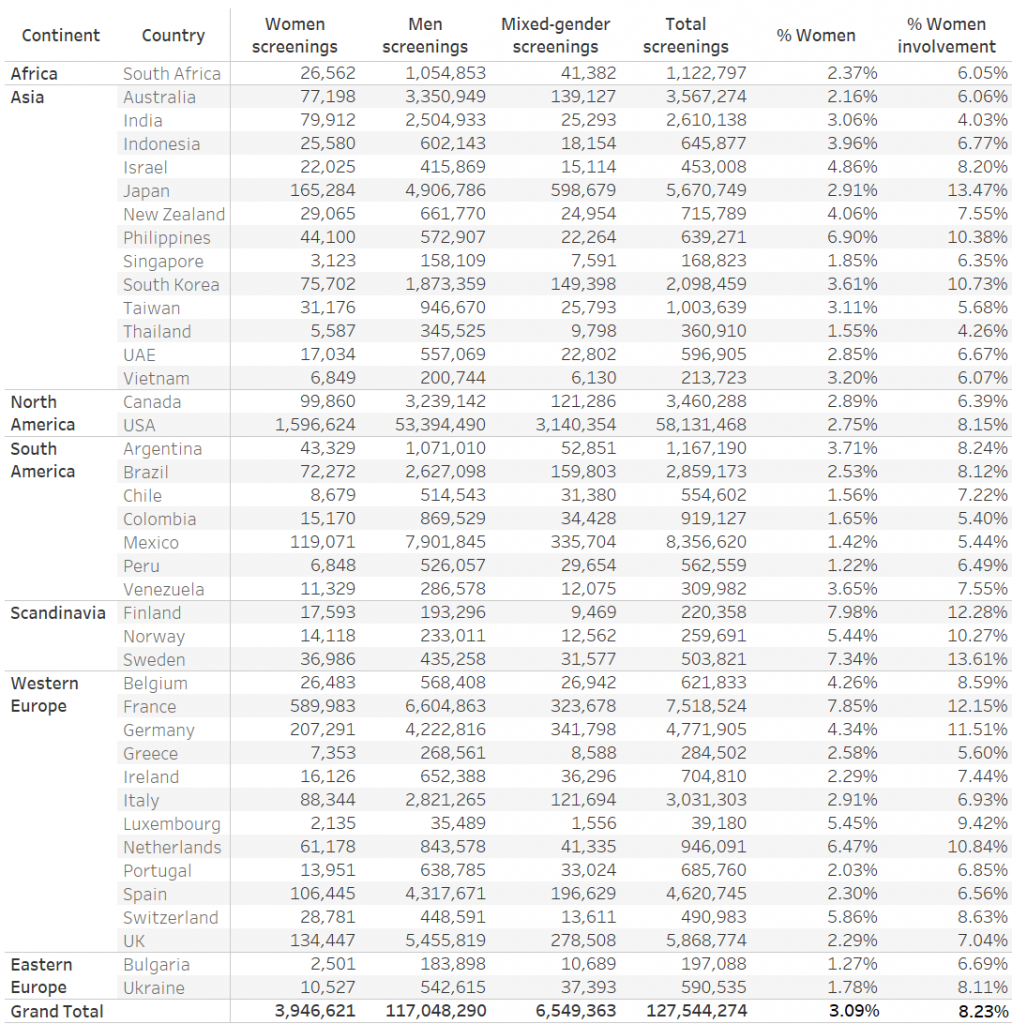 We can read this information in conjunction with data prepared by Vejune Zemaityte for her PhD thesis which focuses on the domination of US films throughout the global exhibition sector. 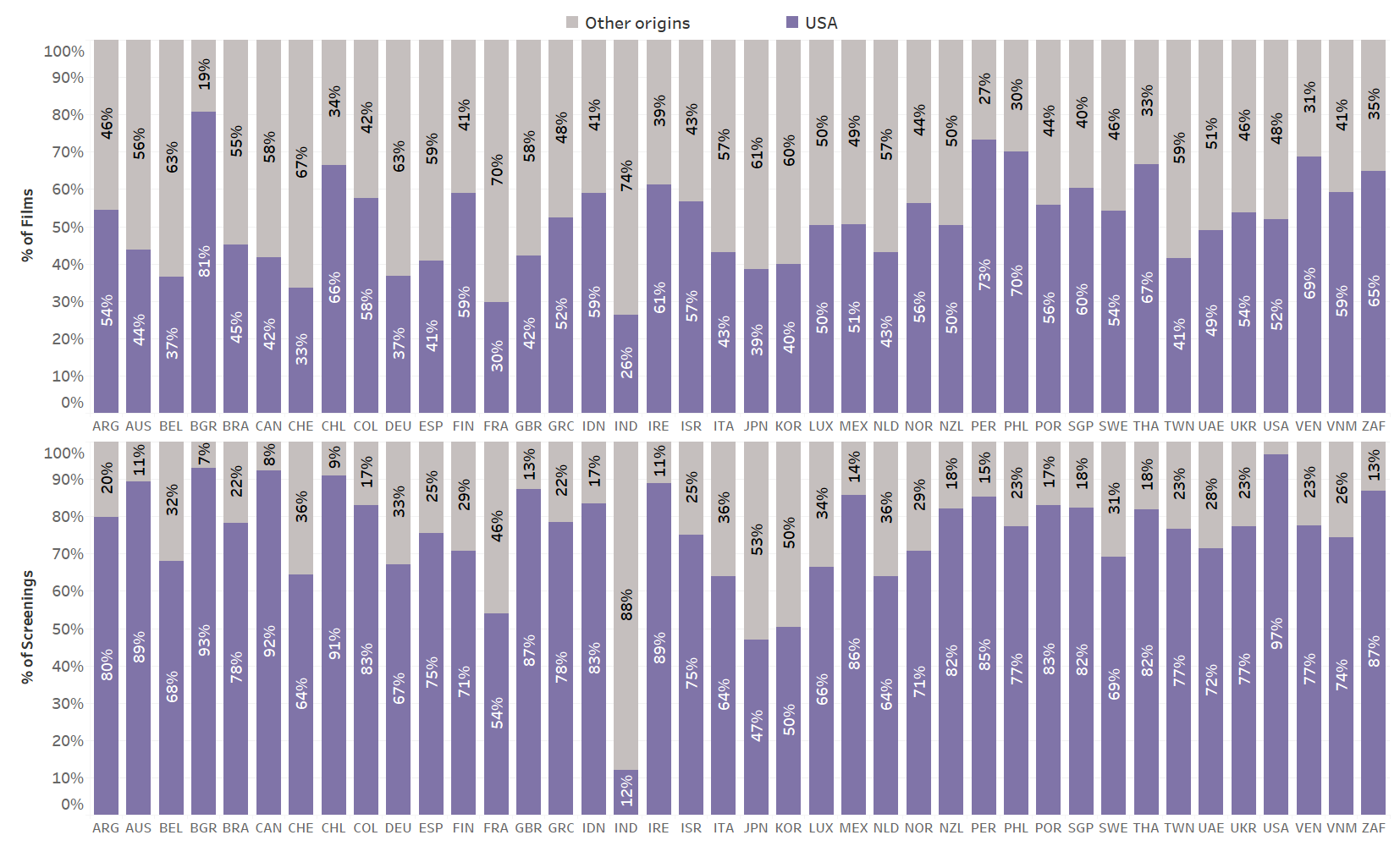 The kinomatics Showtime Dataset comprises over 330 millions records of film screenings down to the day and date level over a 2.5 year period from December  2012 until May 2015. Within the dataset there are around 97,000 films with details on film characteristics also merged into the data from IMDb. The dataset provides details on film screenings at the venue level for some 33,000 venues which is geo-coded to aid visualisation and to assist with the spatial analysis of the data. There are 48 countries covered in the data including the US, India, most of Western Europe, Japan, Brazil and Australia. For more information on kinomatics data visit www.kinomatics.com/about/data-and-technology

Key characteristics of the sample include:

Data on films attributes was sourced from a variety of sources including the kinomatics Showtime Dataset, IMDb and The Numbers.

Film attributes in the sample include: the gender composition of the directorial team, whether the film is a co-production as well as the countries or country origin of the film, length of the film, production studio and genre.

While the kinomatics Showtime Dataset is comprehensive it does not cover the entire globe.  For details on the countries covered within the data set visit www.kinomatics.com/about/data-and-technology.