You are here: Home › graphs 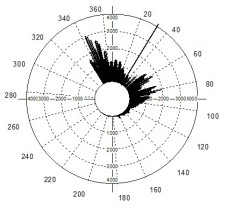 There are two ways of considering the flow of film exhibition: geographically and temporally.  The following two visualisations of the film “Anna Karenina” which showed towards the end of 2012 through to mid-2013 illustrates geographic as well as temporal movement. Geographic The world map above shows the mean centre of screenings for Anna Karenina for […]