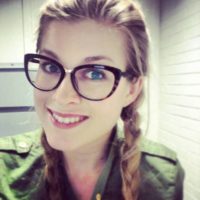 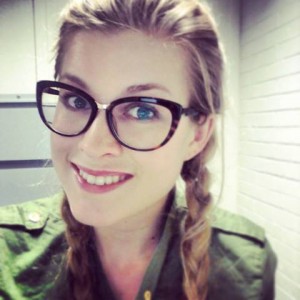 1. Could you describe your background and how you came to work with the kinomatics group?

I was born and raised in Vilnius, the capital of Lithuania. However, I left Northern Europe when I was 19 years old and spent my last four years completing a Bachelor’s degree in the Netherlands and California. Already in high school I was interested in combining different disciplines ranging from arts to computational sciences. So, after graduation I enrolled in a Liberal Arts and Sciences degree at a small international institution called University College Roosevelt based in the Netherlands. Here I could follow my passion and combine Social Sciences with Arts and Humanities and so I studied Economics, Psychology and Statistics together with Media Studies. Not long after I graduated from UCR I came across a call for a scholarship Mapping the Contemporary Australian Cinema Market granted by Deakin University in Melbourne. The university was offering funding to start a PhD study focusing on the global cinema market as well as an access to a database tracking recent film screenings around the world. Even though I had never considered studying in Australia and had never been there before, this opportunity to continue my interdisciplinary work inspired me to apply. A couple of months later I reallocated to Melbourne and started working with the Kinomatics database and became a member of Kinomatics research group.

2. What are some of the key questions you are working on?

The main research interest of my PhD is global contemporary film distribution. I am analyzing international film flow through time and space during the last two and a half years by adopting the computational tools common to the study of Digital Humanities. I am especially interested in how new feature films move around the world. I investigate whether the extent to which they are released widely and simultaneously in a number of countries or the extent to which they lag between locations. I am also curious about how films develop in terms of screening counts throughout their lives. I wonder whether this development differs per screening country as well as per film producing region.

3. Could you describe the data you are working with?

I am working with the Kinomatics Global Movie Screenings database that tracks film showings in 48 countries around the world during 2.5 years from December, 2012 to May, 2015. This dataset contains information on more than 85 thousand films and registers more than 300 million movie screenings. It also provides additional details on each exhibited film such as genre, censorship rating, names of the cast and crew, etc. as well as on each screening venue such as geographical location, number of screens and more. For my project I have selected a smaller movie sample. I decided to only look at theatrical feature films that were released between December, 2012 and November, 2013. In addition, I applied restrictions based on the length of film’s life, the number of countries it travelled to and its total screenings. These guidelines cut my movie sample to roughly 6000 titles.

4. What have been the key research challenges so far?

First, while being trained in Statistics, I have never worked with online databases before this project. So I have had to independently learn to code in MySQL so that I can extract data I need from the Kinomatics database. Secondly, as great as it is to work with big data, the size of a database also makes it more complicated to run analyses and manage the sample as the speed of operations decreases significantly sometimes. Therefore, I have had to apply selection criteria to form a subsample of films as I mentioned ealier. Finally, even though Kinomatics database generally contains very high quality data, some of the variables have not been reported consistently. In order to fill in the gaps I have had to outsource data, which posed a challenge not only in terms of time but also in terms of skill as I have never done data scraping before.

5. Has anything emerged from your work with the data even at this very early stage?

As I am still working on my movie subsample I don’t yet have clear results regarding the spatial and temporal patterns of film movement. However, I have identified some general trends. First, I looked at country rankings in terms of total screenings throughout the data collection period. There the absolute leader was the United States with a total of around 119 million movie showtimes. Meanwhile, the other countries in Top-5, China, Mexico, France and Japan, only accounted for around 24, 17, 15 and 12 million screenings respectively. These statistics imply that American cinema market is around 4 to 5 times greater than the markets of the other four leading countries. Second, I investigated total screenings per film and also added the movie’s country of origin. The Unites States here was leading the market again. The Top-5 films by screening count were all American productions and in the Top-10 only one co-production between the US and the UK (film Maleficent) entered the list. Other film producing countries first appear in the rankings after 25. In general, two thirds of these films were single-country productions ( 15 American movies and one French film). The rest of the films were co-produced between the US and the UK (four), China (two), Canada (one), and the UK together with Canada (one). This evidence reveals that American productions are clearly the most screened films in the world.

6. What is the most surprising thing you have discovered about Australia?

I have always imagined Australia as one of the warmest places in the world filled with kangaroos and koalas. This is definitely not how Melbourne feels in June! However, growing up in Lithuania where the temperature drops to -25 in winter I can’t really complain about the weather. As for the wilderness, even though I have only spotted possums in my yard so far, I am still very determined to see some koalas and kangaroos.